Of course no-one wants to be caught doing anything that others wouldn't approve of. While living in New York, i'd done my own thing. Now i got home and no-one knew the real me. I didn't keep shabbat, i didn't do a lot of things, and they still thought I was their good little son. 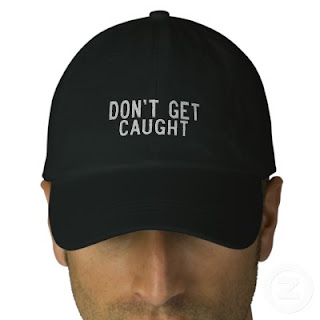 Well that was until late one Friday night. Not a creature was stirring, everyone was asleep. Time for me to connect the internet. Yeah I know, bad move. If anyone would get up, they'd see. It's not like I needed to go online. But I did it anyway. And my mother woke up. I thought she must've seen it. There's no way she could've missed it. When I heard her go back to bed I went and unplugged the cord. I heard her crying in her bed. Fuck.

There was nothing that could be done about it. She came to me in the morning and asked about it. There was no denying it. She asked for a reason. And I didn't have one for her. She promised not to tell my father, which was good for me, but that didn't help her. Was I an internet addict? No. Was I being cyber-bullied? No. Then why would I go online on shabbat? Who did I need to contact at the time? No-one. I just couldn't tell her the truth. Because I just don't care anymore.

She has asked me numerous times since then, but I still don't have an answer for her. She's disappointed in me, but there's nothing for me to say. I can't tell her the truth, I just can't. Well not yet anyway.

The next time getting 'caught' came a few weeks later. I'd gone out on Thursday night to meet up with a guy (which I haven't actually blogged about yet - he's next). I told my parents I was out with a straight friend from school. No I didn't say he was straight, i'm just letting you know that he is. The next night I went for a walk with my mother after dinner. She asked how my friend's new job was. The friend i'd supposedly been out with the previous night. My answer? Dunno, haven't seen him.... [realise what i'd just said, quick! say something, save yourself, say something, anything] in a couple of days. Fuck. And she didn't buy it. Seriously, how could I have been so stupid?! I told her I was kidding and she could call him if she didn't believe me. She didn't, and i'm not so sure she wants to know.