Summer was coming to an end and everyone had been telling me I must visit fire island. I always intended to at some point, but time had been passing by and I was yet to visit. I went to Argentina for a week (more on that in the next post hopefully) and I wasn't sure I was going to make it, until suddenly an opportunity came up. I wanted to go to the beach over the Labor Day long weekend and I started chatting with a friend. What was she doing for the weekend? She was thinking of the beach with some friends, either Jones beach or Fire Island. Jones Beach vs Fire Island? Is that even a question?! I insisted on Fire Island and the winner was... fire island! For people that don't know, here are some pics from the Pines on Fire Island to give you an idea of what it's like and why it's a gay paradise. 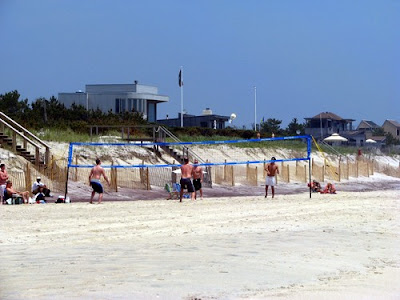 The beach with houses right on the sand 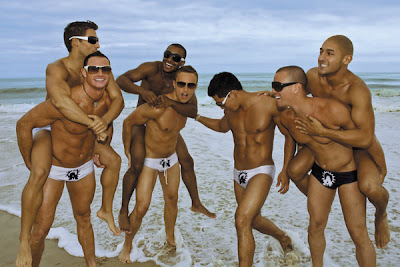 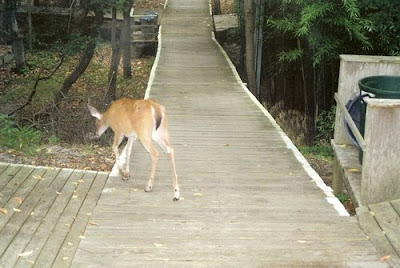 Now I needed to get ready, what the wear, what to bring. It's fire island after all, I needed to make a statement! Well so much for that. I brought my hot new swim shorts from Ben Sherman, my ben sherman cap, a pair of linen shorts and a polo shirt, and some snacks for the day. And I was ready to go! I was meeting everyone at Jamaica station. They were coming in from Manhattan or Queens and I from Brooklyn. We met up on the train to Montauk, and once you get on it you can tell yep this train is heading towards fire island. So many cute gay guys :)

We got to Sayvile, and all the gays get off onto waiting taxis and buses heading to the ferry. You can tell who is a little green behind the ears because they didn't get the fire island package and chose to pay extra buying everything separately (yeah, me). It's funny who you run into getting to and from fire island as well as on the island itself. I ran into people I knew in line to get on the ferry (as well as spotting people I knew from fb while on FI, and on the way back - one in particular I wish I'd said hi to). We wanted to ride upstairs but it was full by the time we got on. And there was one older gay guy on the boat that shouldn't have been allowed in public with what he was wearing, i kid you not. About half an hour or so later we arrived. We get off the boat and some of the girls and guys decided the first thing they needed was coffee. That's right Starbucks at the Bay Bar so we just grabbed a table while waiting for them and enjoyed the scenery :)

Once they were done we finally headed towards the beach. Down FI Blvd and Widgeon Walk and eventually made to it to the beach. On the way a siren went off a few times. There was either a fire or someone was getting laid! It really was a fun day and a great mix of people. One of the girls I dubbed 'the bitch'. Of course she hadn't met me yet, and I shot her down every time. Absolutely loved doing that. I'm the king of bitches if you didn't know already. We got to the beach, took over our own little patch of sand and settled in. The wind was crazy out there but the sun was out so we tried to make do. At times it felt like a mini sandstorm. Sand blowing everywhere, it was hard to read, hard to eat, hard to lie down and get a tan. I set up a bag next to my head as a wind and sand blocker and got to work tanning.

Some played volleyball. Well they tried to anyway, Of course the ball flew off course just about every single shot and hit random people sitting nearby. With sand flying everywhere it probably wasn't the best place to be trying to read a copy of Vogue. Even if it was the September issue with 564 pages of fabulousness! Though it did include a foldout ad for GAP, with 4 of the 6 guys in it were totally gorgeous, and totally doable. Some of us went into the water a bit, the waves were huge. It would've been great to surf in though. After a good few hours, with a couple of the girls already gone in search of food and drink, we decided on a beach break for some food. We met them at the Blue Whale, and it was packed. Waiting for a table for 8 wasn't an easy task so we sat down and got some drinks instead while waiting. The bitch already had her table and food but no silverware, haha. I guess her reputation preceeded her.

We got our table and nothing too exciting was on the menu, so I chose to have a liquid lunch instead. Vodka, vodka and vodka. Of course the cute barman sealed the deal. Anyway lots of talking, checking out the hot guys, shaking out the sand from Vogue, eating and drinking. We met a friend who ended up on FI only for his friends to decide they weren't gonna come, so he joined us. The blue whale emptied out a bit so we moved tables to get some sun before we decided our next move. A walk along FI Blvd towards cherry grove.

Walking along the boardwalks it turned out that someone had been left behind at the restaurant. The main group stopped, but a couple of girls were ahead walking arm in arm with a random guy they met and didn't hear them being told to wait. As the people at the back caught up suddenly one of the girls came running back. "Where are you guys? Epic houseparty and we're crashing!" Sounded great to me and Abe and I led the way with this girl. Some were concerned about crashing a private party, but this is fire island, and i'm sure we're not the only ones crashing! First things first. Put down my bags in a corner. Then get a drink and mingle. There were pictures of Elizabeth Taylor all around and sparkly shit hanging through the doorway to the pool outside. I guess it might have been a White Diamonds themed party?!

Here are some pictures I found online of the party. They're from Tony, a fellow blogger. His blog is Farmboyz and all rights are reserved by him. 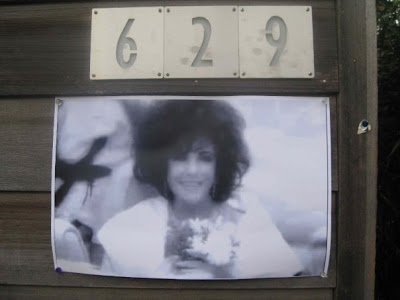 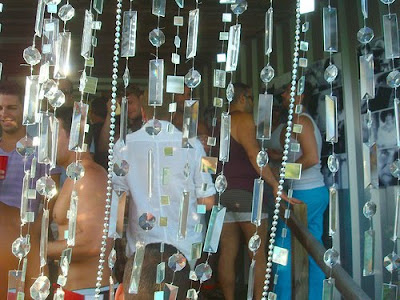 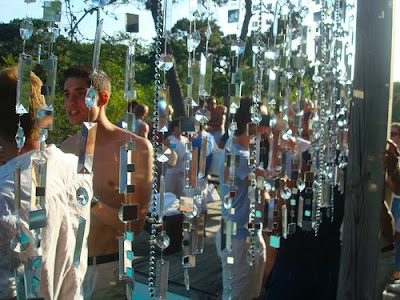 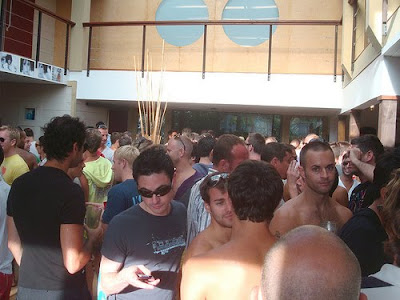 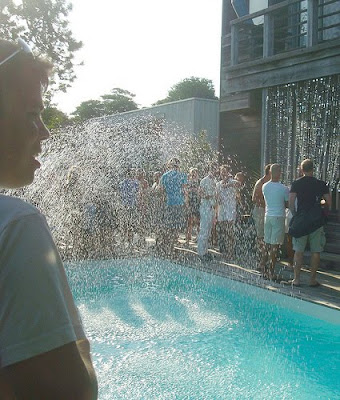 In one of the pics you can actually see one of the guys I was there with. His face is covered but I could tell it was him :) Anyway so we're just mingling, went out to the pool chatted with some guys. We got chatting to one guy and girl in particular. In no time he had his hand around my waist. I guess he liked me :) As much as I would've liked to stay at the party and have fun meet more people, he was leaving with his posse, and so was I. I grabbed my stuff, told my friends not to wait for me and headed off to his place.

And BTW I walked out of the party wearing a long dangly earring, just like the guy on the right in the above picture. I had arrived! lol ;)

Now I know what you're thinking. I was now back at his place. And maybe we did what you think we did, but I will be quite vague in this post. We headed back to his place with a girl he met. We had a drink as we sat around the pool and talked with music playing in the background. He had a cigarette, I met the people that were also renting the place. An interesting lot of people they were. We lazed about outside and on the couch until it was time to go to bed. Well it wasn't 'time to go to bed' but we decided to hit the sack. Oh, and we got no sleep ;) . A few hours later we decided to get up and head out. We checked out tea, I think. I dunno whether it was low tea, high tea, middle tea, earl grey tea. Whatever it was. There was music, alcohol and many many gay guys dancing the night away. From there we went to get some pizza. Well we tried to get pizza but we had to waaaaaaaaait in line. Pizza was being made, but it was coming out too slowly and the gays were hungry! We got our food, ate, and went back to his place. It wasn't late, but we had plans for something else. This time we actually did get some sleep, as well as some things you can do in bed awake.

We didn't get out of bed till after 12, it was great just lying there next to him. Everyone else was awake, some even up early watching TV at 7am. He was going on a business trip the next day so we got ready and took the ferry back in the early afternoon. This time we were upstairs, it was great with the wind in my hair and the sun beating down on us. Who did I spot on the ferry, but a guy I spotted on the Island the day before. I knew him from facebook but he didn't recognize me. We'd chatted on and off and i'd even blogged about him. We'd never actually met in person but he'd moved from originally wanting to hook up, to deciding he wasn't into random hookups anymore and would rather meet for some pinkberry and from there to unfriending me on facebook. Dunno what his deal is but I wish I would've said hi at the time, especially since he was right behind me as we got off the ferry and followed us to the parking lot.

Anyway, the guy gave me a ride back home, he lives in Queens so not too far from me. We've chatted a bit since then, by text, by email. He's already asked me if i'm available the weekend after next. I don't have any major plans for the weekend, but lets see if it actually eventuates. I've learnt my lesson more than once not to get my hopes up too quickly. Who knows if i'll see either of the guys i've met in the past few weeks again.

It's almost 4.30am and I have a busy day tomorrow. A housewarming, followed by a birthday party, followed by a going away party for a friend. So i'm going to call it a night, I hope this post wasn't too rushed.

is FI a case of 'what happens in FI stays there' or did it come back on the ferry?

yay!! i love the blogs, thanx for posting!!

Going by what i'm going to write about in the next post, i think what happens on FI came back with me on the ferry :)

final we get to read abt a sexcapade. always wanted to know wat it feels like to be "happy" next to u

i thought you were supposed to promote your own 'sexy-casual' fashion lines: 'JM-Keenkee-Moi' by Jay Murray
& JM-Street-Innocent' by Jay Murray